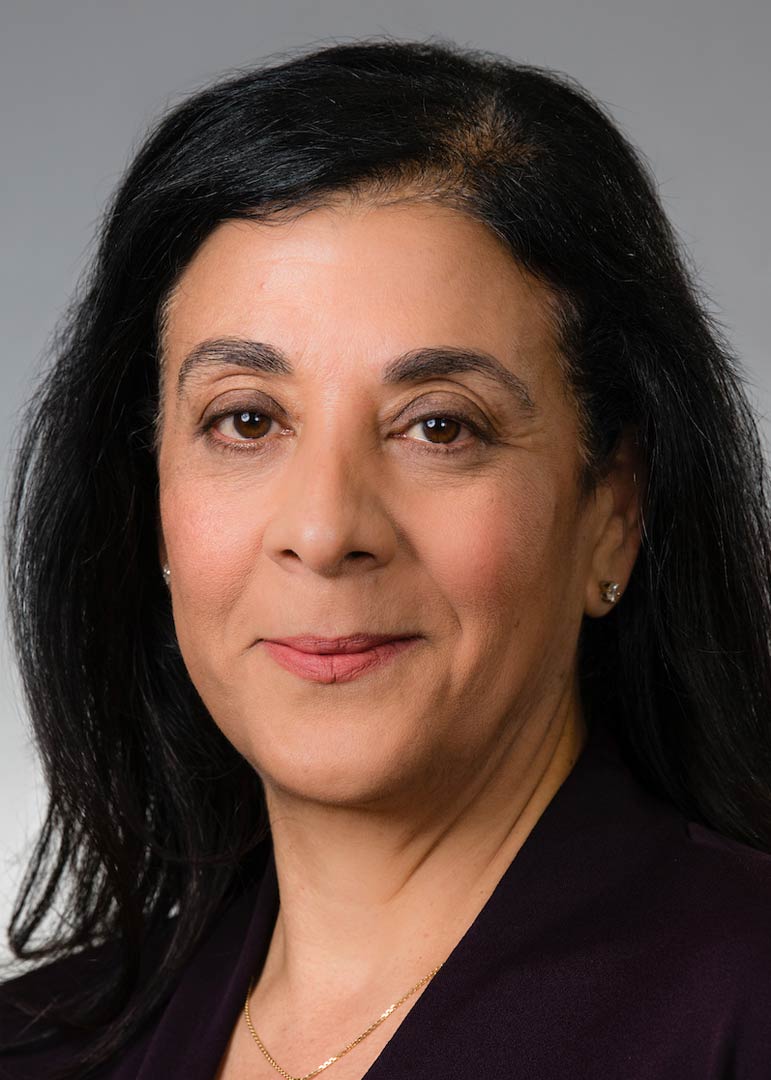 Stasia Vavruska is the senior vice president, general counsel for Resource International, a multi-disciplinary engineering and construction management firm. She earned her BA from Case Western Reserve University, JD from George Washington University, and a master’s degree in public administration from Cleveland State University. She and her husband, Jeff, live in Shaker Heights and are the parents of two daughters who are both Shaker graduates. Stasia was an active PTO volunteer, serving as co-president of the Boulevard School PTO and as corporate sponsorship chair for A Night for the Red & White. She joined the board in June 2015.

Carter Strang is a partner with Tucker Ellis LLP and President-Elect of the Cleveland Metropolitan Bar Foundation. A former Shaker Heights High School teacher and coach, he received the Jennings Scholar Award for outstanding teaching. He created the Shaker Schools Foundation’s Fred Heinlen Fund, which helps support Shaker Baseball. He is a member of the Shaker Heights Neighborhood Revitalization & Development Committee and past president of the Shaker Youth Hockey Association. He holds a B.S. and a Master of Education from Kent State University, where he chairs the KSU Honors College Advisory Board. He earned his J.D. from Cleveland-Marshall College of Law. Carter is married to Deedra Siegel Strang, a Mercer Elementary School speech pathologist, and their five sons are Shaker graduates. 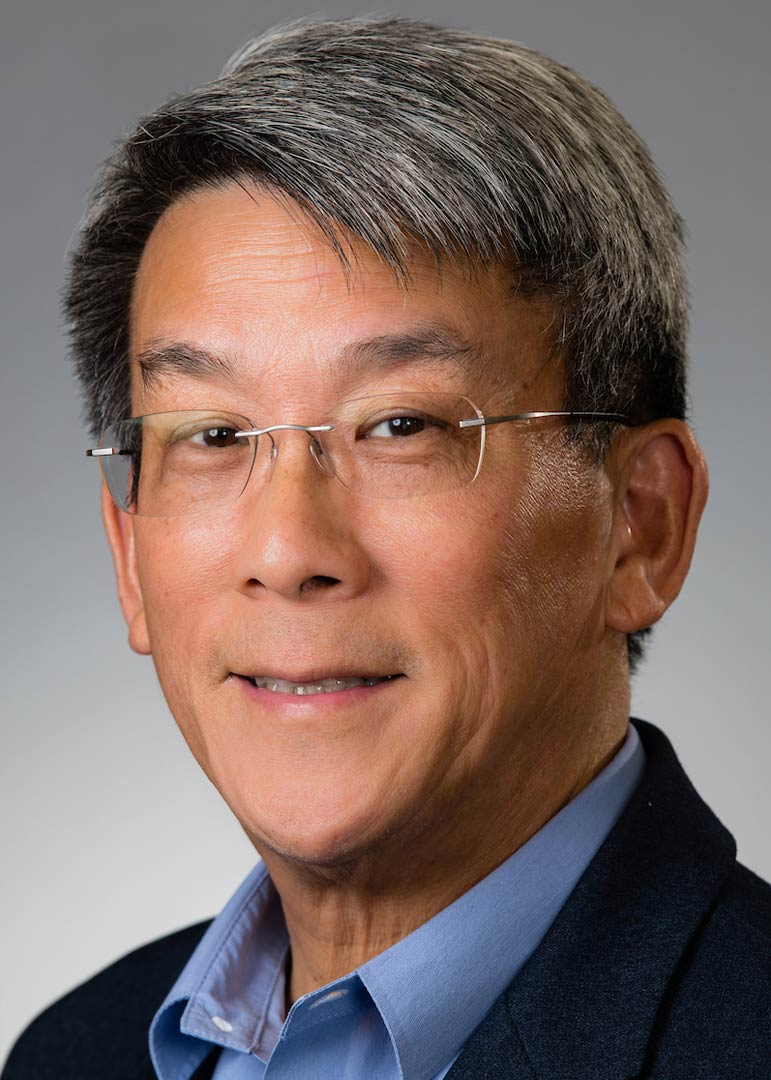 Doug Wang is a retired senior vice president of The Northern Trust Bank and served as the portfolio manager for the Shaker Schools Foundation from 1999 to 2011. Doug and his wife Holly, a former volunteer for the schools and current employee of the Shaker Schools Foundation, live in the Boulevard area. All of their four children are Shaker graduates. Doug received his AB in mathematics from Kenyon College and an MSM in finance from the Sloan School at MIT. He is a member of Cleveland Social Venture Partners, chair of the St. Luke’s Foundation Board, and a member of the boards of the Rainey Institute, Judson, and Policy Matters. Doug joined the board in June 2013 and was elected treasurer in June 2015. 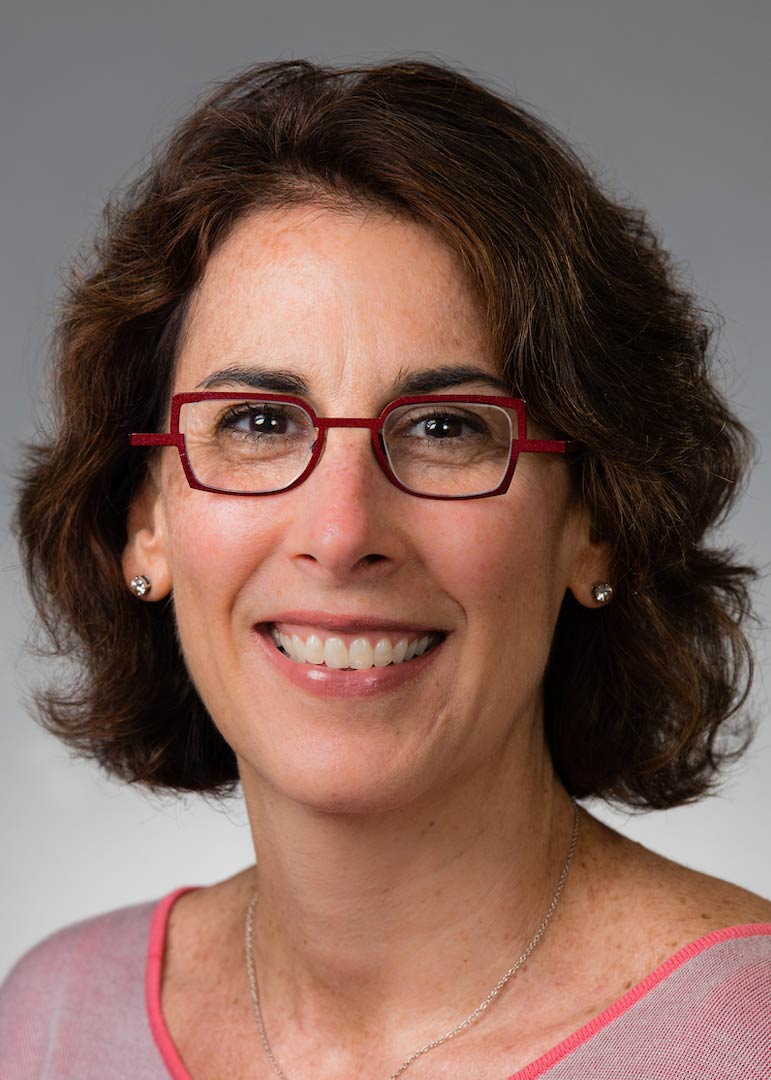 Cathy Zbanek, a member of the Shaker Class of 1991, is chief marketing and human resources officer at Third Federal Savings and Loan, where she is responsible for fostering the internal synergy of the organization as well as customer engagement. She formerly worked in the Management Consulting Groups at Waterstone Consulting and Price Waterhouse Coopers. She holds a BA in Economics and Psychology from the University of Pennsylvania. She lives in Shaker Heights with her husband Brian and three sons, two of whom currently attend the Shaker schools. Cathy joined the board in June 2018. 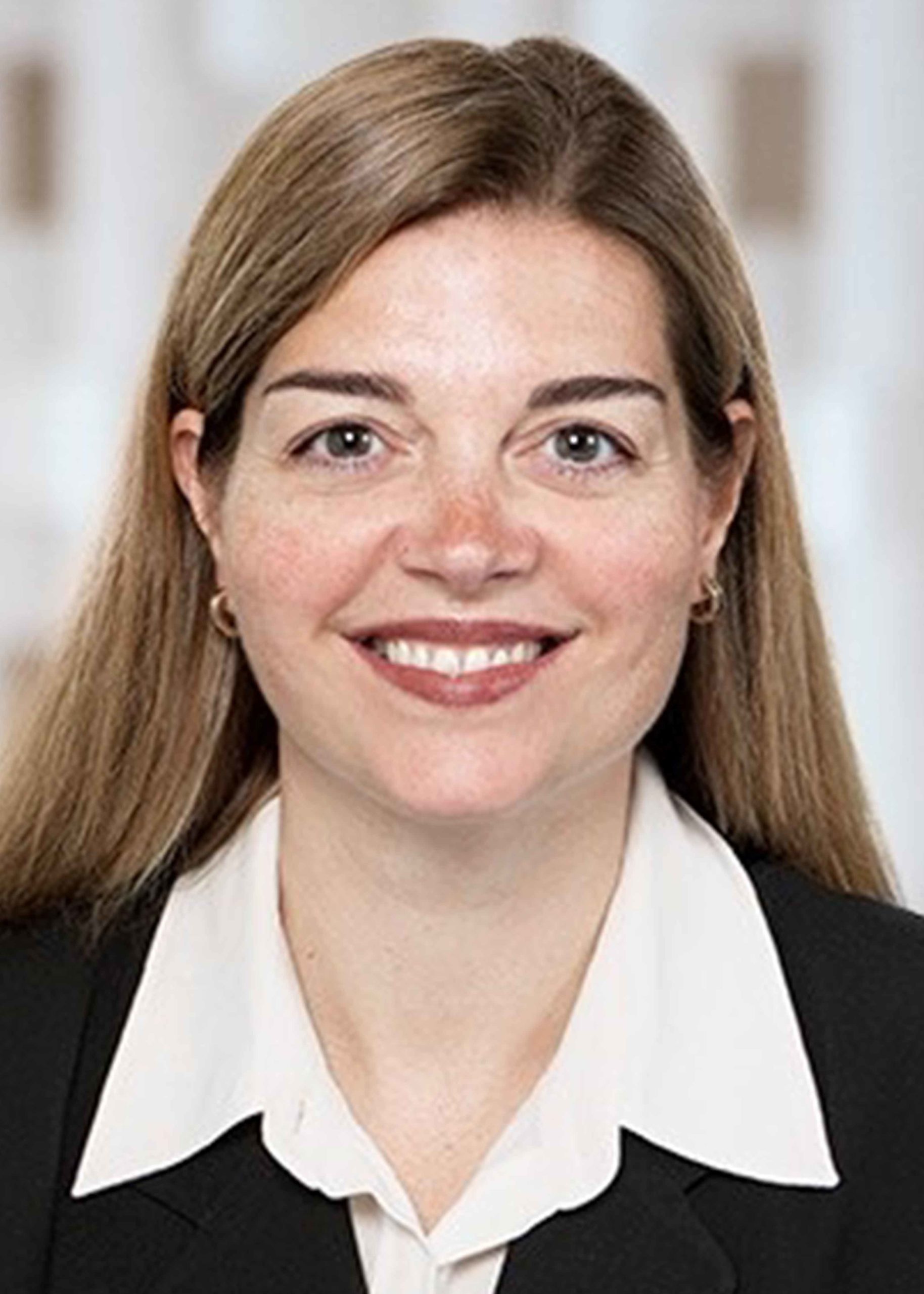 ​Jennifer Lawry Adams is a partner at Ulmer & Berne LLP where she is a group leader of the health care practice group and co-chair of the firm’s Women In Law and Leadership Committee.  Her practice is focused on a range of disciplines, including health care transactions, mergers and acquisitions, and a variety of corporate law matters. She is a 1988 graduate of Shaker Heights High School. She earned her BA from Georgetown University and her JD from Case Western Reserve University. Jennifer and her husband Daniel live in the Boulevard neighborhood and have three children currently in the Shaker Schools. She joined the board in June 2020. 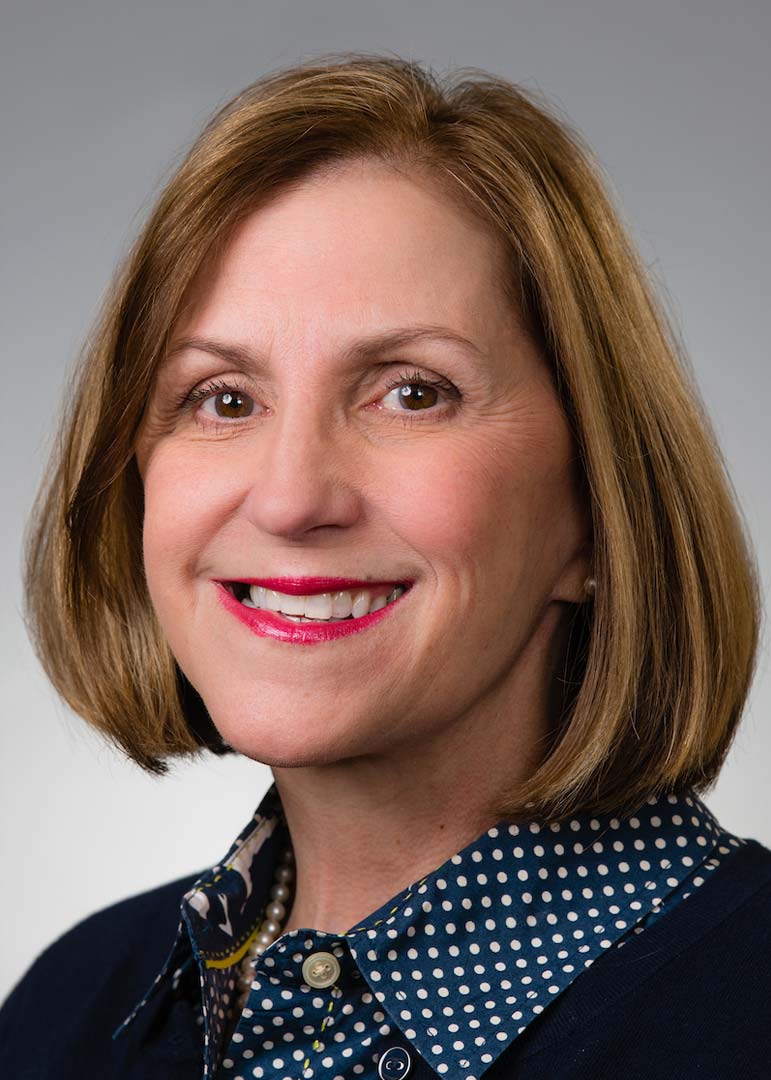 Eileen Anderson is an anesthesiologist and earned her medical degree from Louisville School of Medicine. She also holds a master’s degree in speech-language pathology from Case Western Reserve University and holds a BA in zoology from Miami University. She volunteers in the Shaker schools and for a number of community organizations, and is also an active member of the League of Women Voters. She and her husband Chad are the parents of three children and are long-time residents of the Mercer area. Their daughter is a member of the Shaker class of 2016. Eileen joined the board in June 2016. 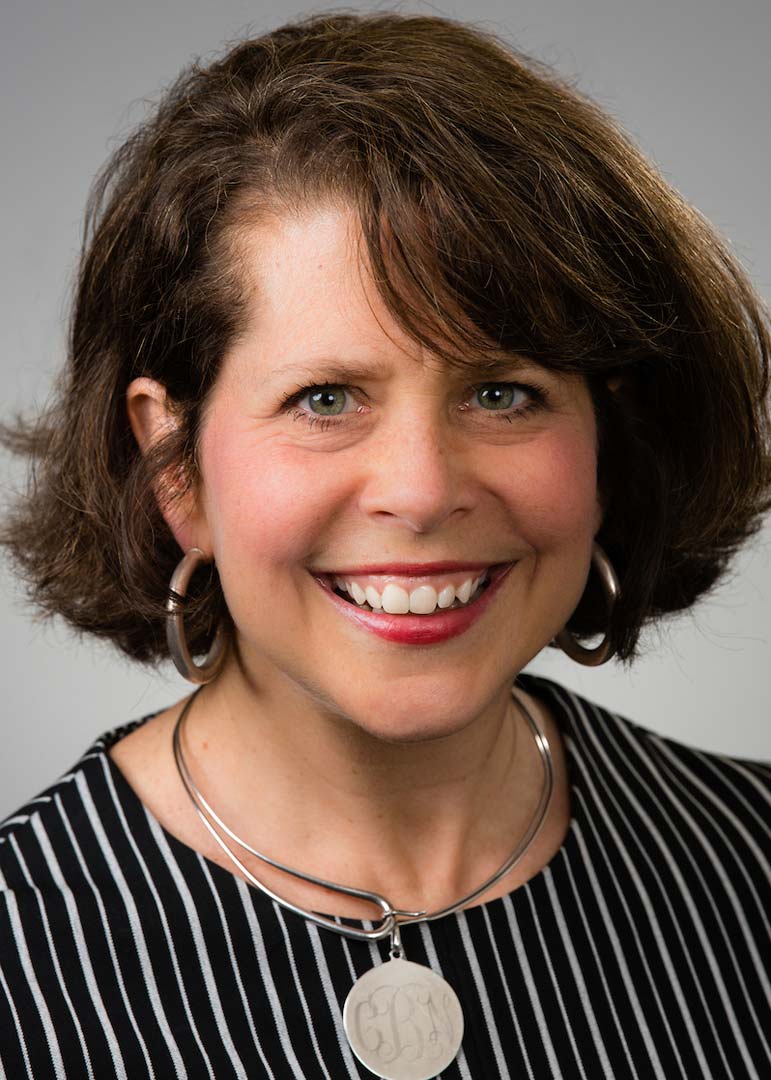 Cathy Belk is the president of JumpStart where she has worked since 2008. She also has held management positions at American Greetings, the Coca-Cola Company, the Procter & Gamble Company, and Bank of America. Cathy earned a BA in economics from Davidson College and an MBA from the Fuqua School of Business at Duke University. She and her husband Jim, an intervention specialist at Fernway Elementary school, live in the Mercer neighborhood with their two sons. Cathy joined the board in May 2014.

Michael Bowen is an Associate Attorney at Calfee Halter & Griswold LLP, specializing in business litigation and government relations. He earned his law degree from Cleveland-Marshall College of Law and his B.A. in history and political science from Miami University of Ohio. He is a 2005 graduate of Shaker Heights High School. Michael is an active member of the greater Cleveland community, serving on the board of directors for Engage! Cleveland, the Center for Arts & Inspired Learning, the Artist Archives of the Western Reserve and the Emerging Leaders committee of the Union Club of Greater Cleveland. Michael’s wife Sarah is also a Shaker graduate. 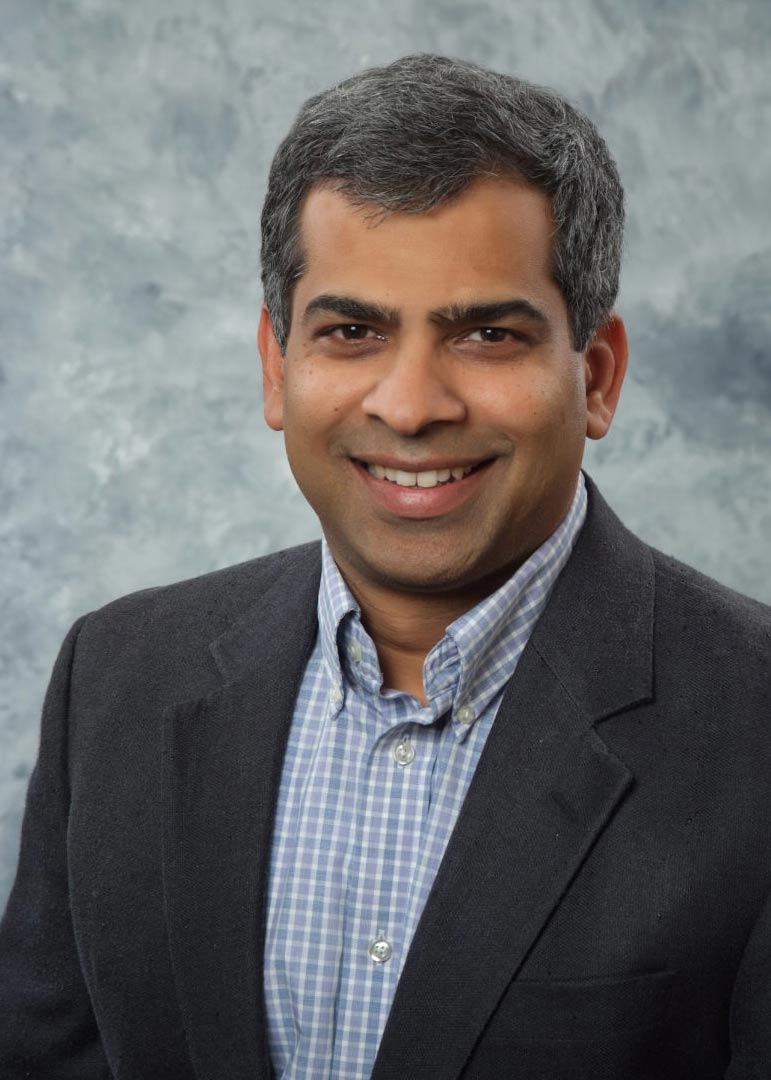 Pawan K. Divakarla is a marketing systems manager at Progressive Insurance. He earned a master’s degree in civil engineering from Georgia Tech. He and his wife, Sarah Merchant Divakarla (SHHS 1988), are both frequent volunteers in the Shaker schools and are the parents of two boys who are current Shaker students. Pawan joined the board in June 2013. 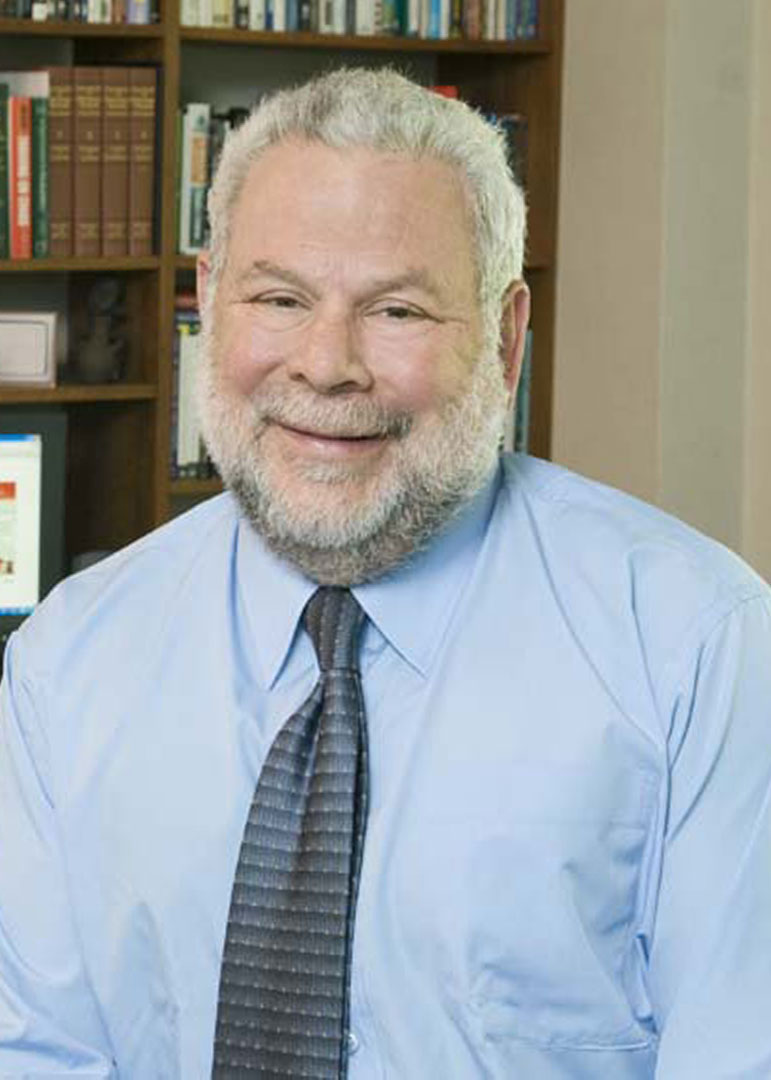 Mark Freeman served as Superintendent of the Shaker Heights City School District from 1988 until his retirement in 2013. He joined the faculty in 1967 and held a number of senior administrative positions over three decades. He holds a PhD in education with emphasis in curriculum and instruction from Kent State University. Mark is a founding governing board member of the national Minority Student Achievement Network. Mark is the father of three Shaker graduates. He and his wife, Gina Beim, live in Shaker Heights. As one of the charter members of the Shaker Schools Foundation, Mark is a life member of the Foundation. 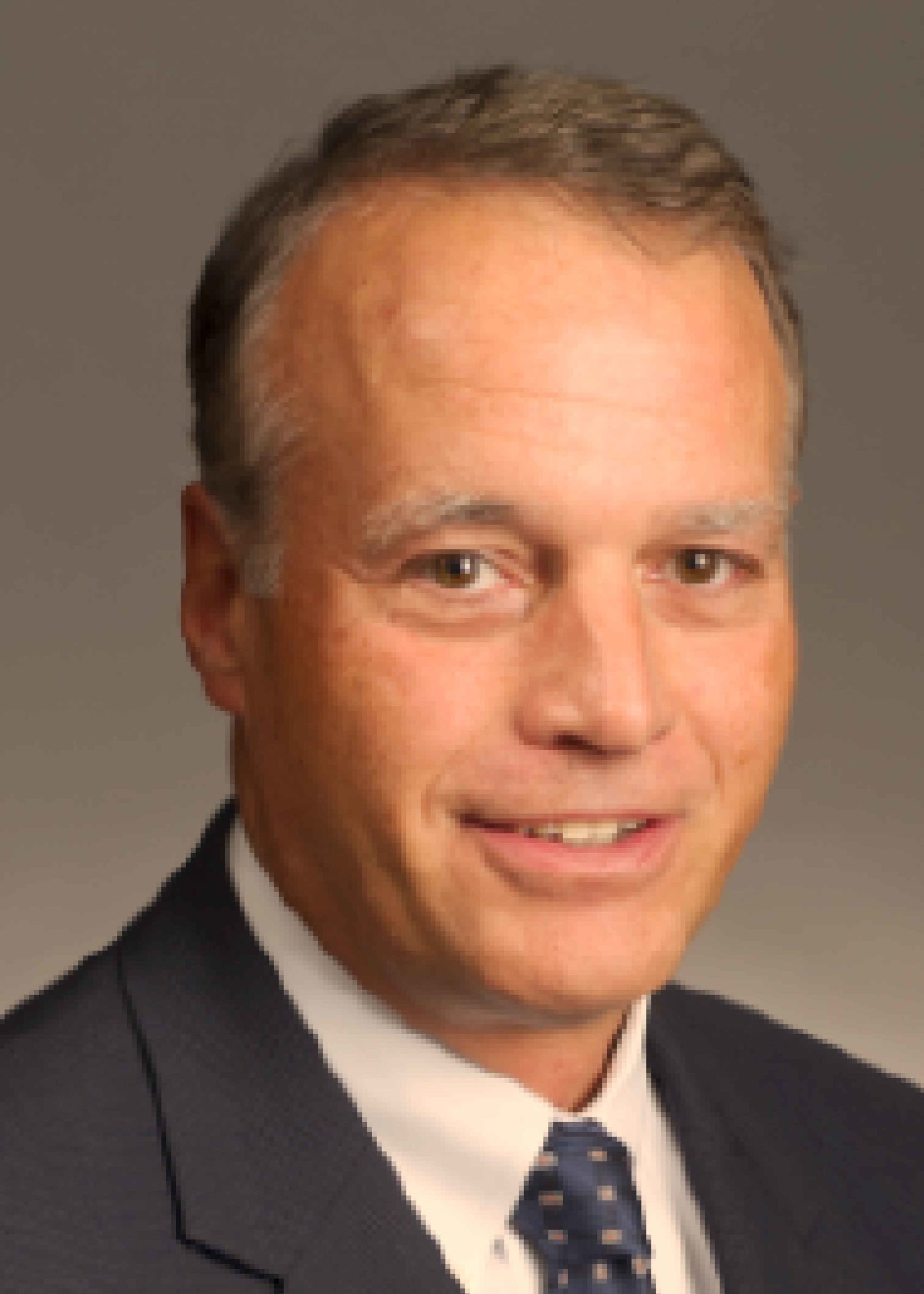 Christopher Hunter is Associate General Counsel, Intellectual Property, at Parker-Hannifin Corporation, where he focuses on intellectual property counseling and infringement issues, and IP transactions.  He earned his BS in Physics from Bucknell University, and a J.D. from Case Western Reserve School of Law, where he is an adjunct professor.  He was a citizen’s member of the Shaker Heights Neighborhood Development Committee and Finance Committee, and served on the Mayor’s Financial Task Force.  Chris and his wife, Maria, a physician at University Health Services, have three children who have graduated from the Shaker schools. 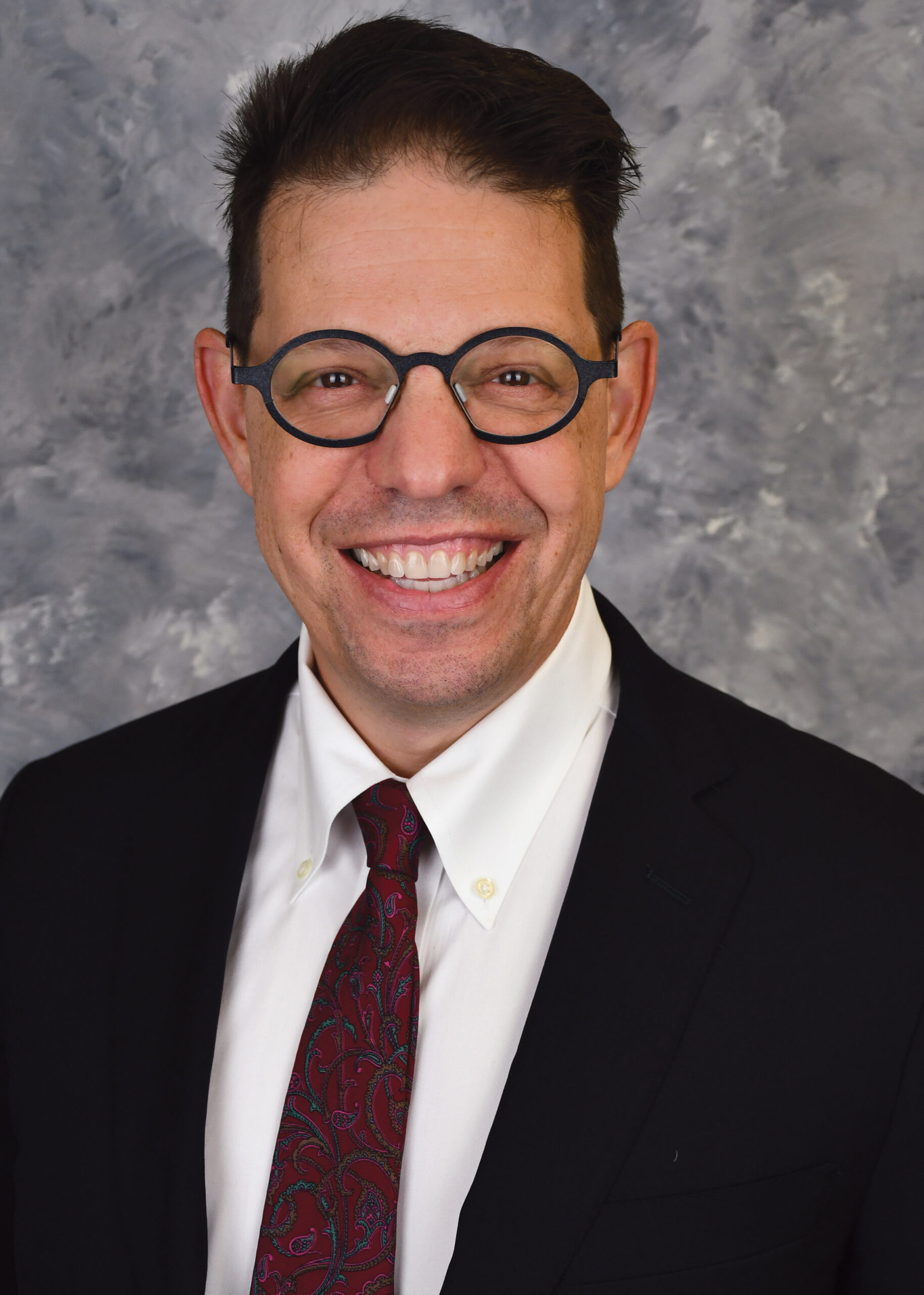 Jeffrey Isaacs is head of U.S. operations for a Japanese maker of specialty art hanging systems in museums such as the Frick Collection, the Museum of Fine Arts Boston, the National Gallery of Art, and the Cleveland Museum of Art. He and his wife, Anne Borchert, have three sons. The oldest two are graduates of Shaker Heights Schools and the youngest is a sophomore at Shaker Heights High School. Isaacs is a graduate of Vassar College and earned a graduate degree in East Asian Languages and Civilizations from the University of Chicago. Before moving to Shaker, he and his family lived in Japan for five years, where he was an assistant professor at Yokohama City University, doing research and translation. He has been an active PTO volunteer for more than a decade, serving in a variety of leadership roles including PTO Co-President at Boulevard and Co-President of PTO Council, as a tutor, a band booster, and as a National History Day judge. He previously served as Co-President of the Vassar Club of Cleveland. Mr. Isaacs was elected as the Shaker School Board’s Vice President in 2017 and elected as the President in 2018 and in 2019.

Clifford Mendelsohn is a partner in the Trial Department at Tucker Ellis LLP.  He earned a BBA from Emory University and his law degree from the University of Michigan Law School. Cliff is a 1994 graduate of Shaker Heights High School and parent of two Shaker students. His wife Hannah has volunteered in many capacities with the Mercer PTO and Shaker Band Boosters, and his mother (Linda Mendelsohn) spent many years working at Mercer, Onaway, Woodbury and at the Administration Building. Cliff and his family live in the Mercer neighborhood. He was a member of the Foundation’s Advisory Committee in 2017-2018. 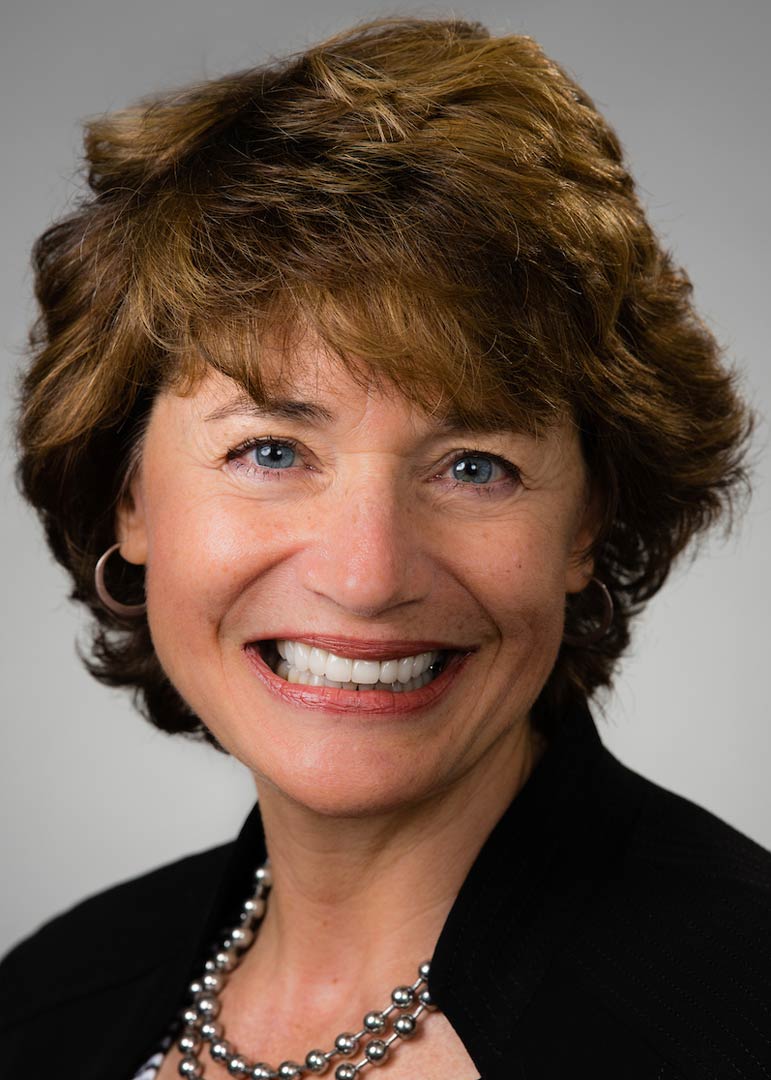 Dorothea Polster is the CEO of TorqHoist, Inc. She earned a law degree from Cleveland Marshall College of Law, Cleveland State University and her B.S.B.A. in Accounting from John Carroll University. Ms. Polster has been an active PTO volunteer, serving as PTO President at Mercer, the Middle School, and the High School. She is a trustee for the Ohio Girls Golf Foundation, member of MacDonald’s Women’s Health Leadership Council, trustee for Suburban Temple-Kol Ami and chairs the Risk Management Committee of the Jewish Federation of Cleveland. She is a long-time Shaker resident and lives in the Mercer area with her husband, Michael (SHHS 1973). Their two sons are 2010 and 2013 Shaker graduates. Dorothea joined the board in June 2013 and was elected president in June 2018. 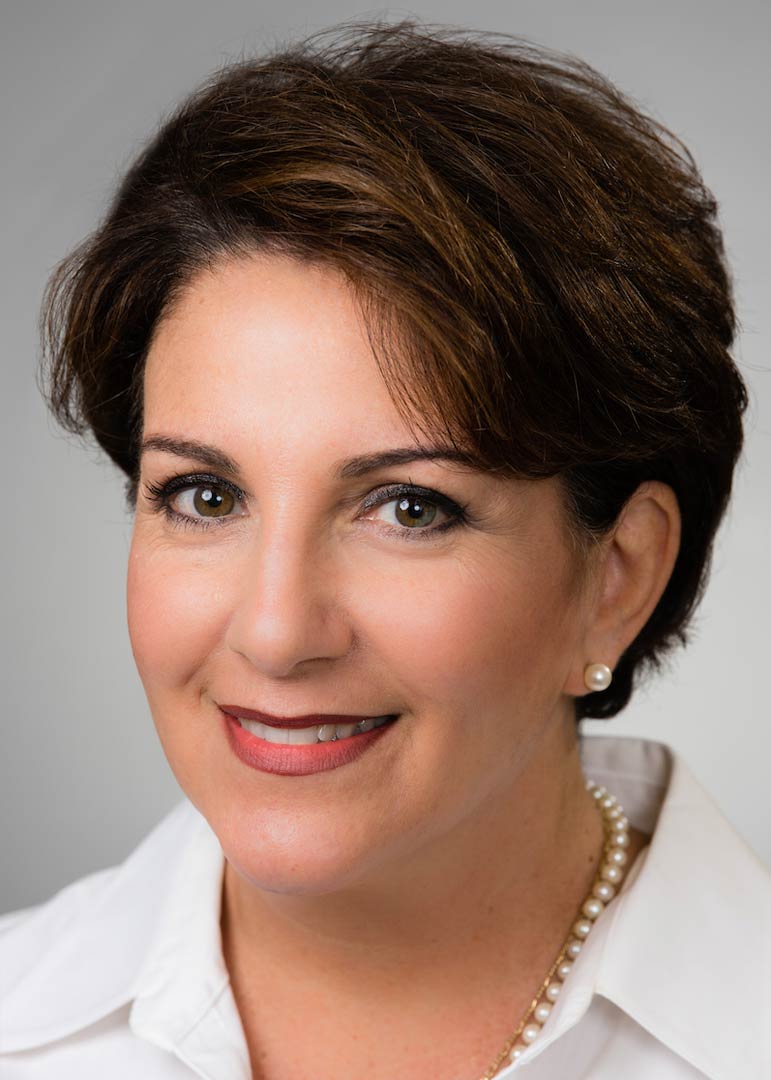 Lisa Nersesian Richardson has worked as a corporate banker at KeyBank and Ernst & Young, and more recently as an administrator at Phycal. She earned a bachelor’s degree in marketing and economics from Boston College and an MBA from New York University. Lisa has been very active in the PTO at Mercer, Woodbury, and the Middle School, and has served as registration co-chair for the A Night for the Red & White. She also has held leadership positions with Shaker Heights Cub Scout Pack 61, Boy Scout Troop 662, and St. Gregory Armenian Church. Lisa and her husband Sean (SHHS 1980) are the parents of three young adults. Lisa joined the board in June 2013.

Phillip Rowland-Seymour is an Equity, Diversity, and Inclusion manager at University Hospitals of Cleveland. His career has included research, evaluation and philanthropy. He is a 1993 graduate of Shaker Heights High School and a second generation alum. He is a member of the Shaker Schools’ Equity Taskforce and volunteers for several health organizations in Cleveland. Phillip and his wife, Anastasia, an internist on faculty at CWRU’s medical school, have two children, one of whom is now a third generation Shaker student. 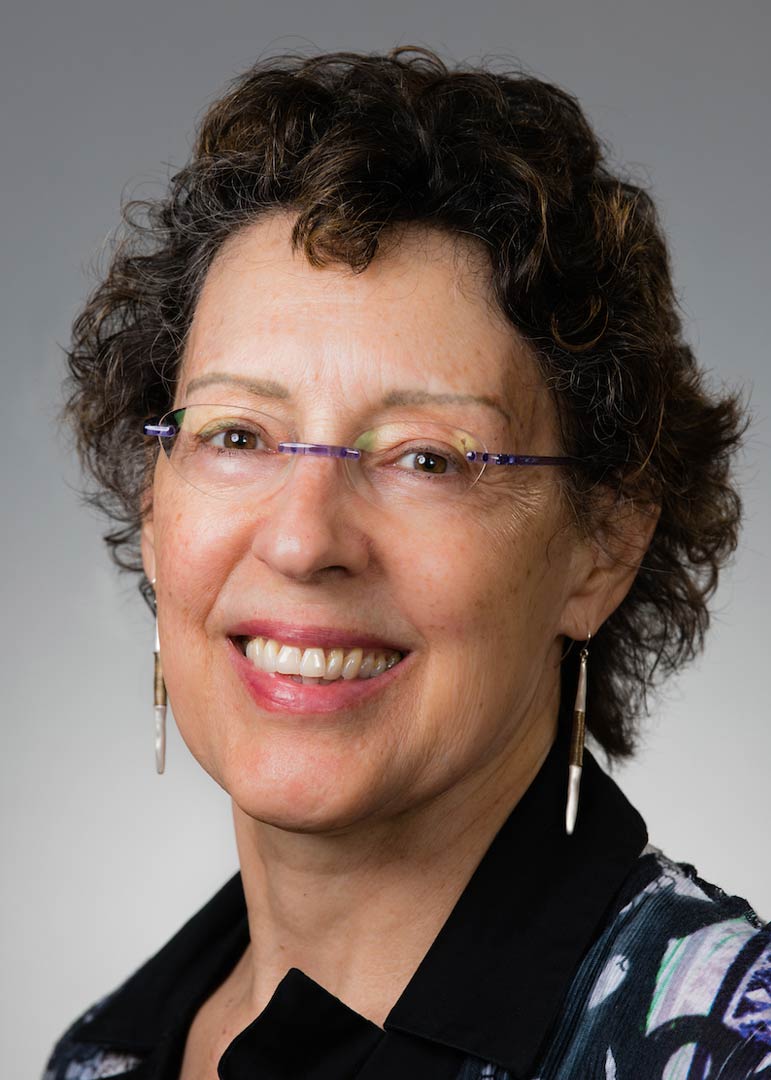 Annette Tucker Sutherland, a member of the Shaker Class of 1977, is a former journalist who earned a bachelor’s degree at Duke University and a law degree from Vanderbilt University. As an attorney, she has worked in private practice and at the Rock and Roll Hall of Fame. She also served on school finance study committees for the League of Women Voters. She and her husband Mark are the parents of three Shaker graduates. Annette is currently enrolled in culinary school. Annette began serving on the Shaker Heights Board of Education in 2006 and served as the liaison to the Foundation board from March 2006 through December 2017. She rejoined the board in June 2018.

Brittany Webb is an educator at Woodbury Elementary School. She is a 2002 Shaker Heights High School graduate and a parent of three boys who are current Shaker students. Brittany earned her bachelor’s degree in Middle Childhood Education from John Carroll University and her master´s degree in Curriculum and Instruction with a specialization in Gifted and Talented education from Cleveland State University. Brittany spearheaded the Woodbury Rising Stars Enrichment Program designed specifically to increase the minority population in advanced mathematics courses within the District by strengthening the mathematical foundation of minority students throughout the school year.