IC Puts Students in the Spotlight

A student bursts into the bathroom at the Innovative Center (IC) to deal with a sudden nosebleed. It’s a little crowded in there–what with the cinematographer, boom operator, director, script supervisor, and assistant camera operator. Not to worry: the blood is fake–made out of corn syrup and red food dye – but the talent is real. The students are filming an original short written by Colin Burleigh, Class of 2022, called “Nosebleed.”

It’s all happening under the watchful supervision of their mentor, Marquette Williams, a Los Angeles film producer who now operates his own film production studio in Cleveland, Cinema City. With funding from the Shaker Schools Foundation, Williams brought his 10-week film curriculum called iFilm 216 to the Innovative Center to work with a small group of students interested in exploring the various aspects of filmmaking.

“The script is really personal to me,” says Colin. “It’s a representation of what I experience when I get panic attacks. I thought if I put it out there, maybe someone else will identify with it.” Colin, who has his sights set on a film writing program for college, will now have a professionally-produced film title to add to his resume. Two other students, Marissa Garrett-Morris Jr. and Jayden Rahmon, also have a script in development.

IC Coordinator Matt Simon, who helped coach the students with their scriptwriting, was impressed with how quickly the students learned all the various roles of film production.

“We have a lot of talented and driven students here at the Innovative Center. It’s been a blessing to finally have the equipment, the community partnerships, and the teaching team to bring the IC film program to life and to see our students shine.”

Monica Boone, a Shaker resident with a background in community theatre, also came into the IC to teach the students about script supervision, which involves ensuring continuity from one scene to the next.

“This is the real deal,” says Williams, noting that the students are getting to use professional cameras, lighting, recording and editing equipment. “This is the closest to a real-world experience they could have. It’s very collaborative, and the students have really taken to it.”

“And it’s only year one,’ Simon adds. “We can’t wait for what happens with the IC film program in year two.” 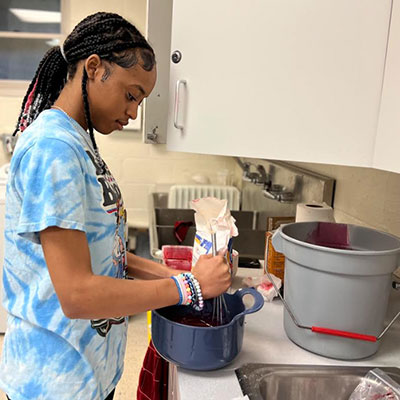 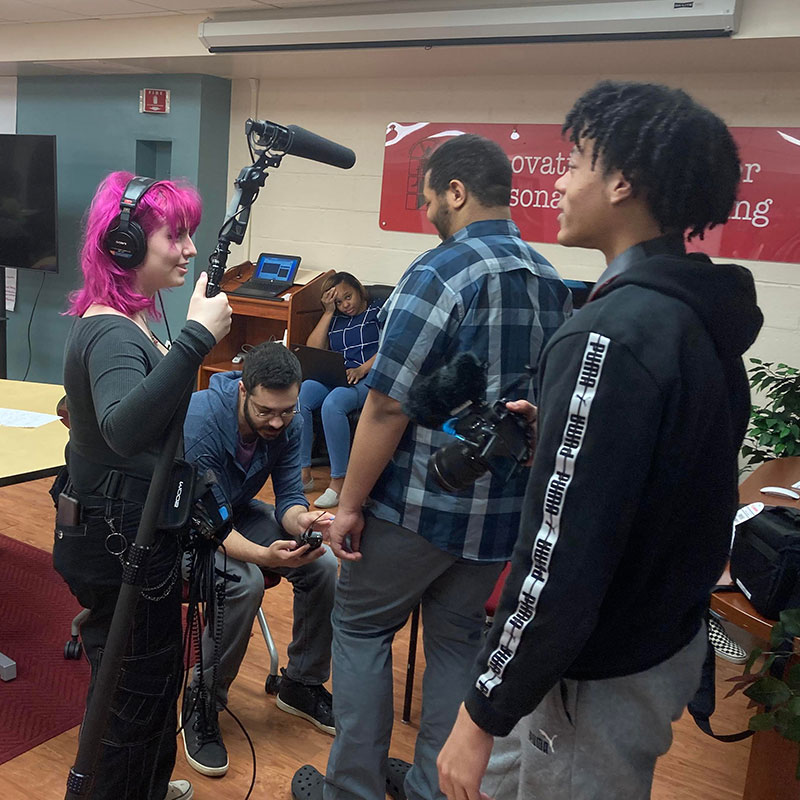