Congratulations to the 2022 Inductees

The newest class of the Shaker Schools Alumni Hall of Fame includes seven Shaker graduates who have made significant contributions to the fields of television, film, journalism, social justice, advocacy, commercial real estate, higher education and diversity, equity and inclusion.

Please view the photos from our induction ceremony held on October 15 at the Shaker Country Club. 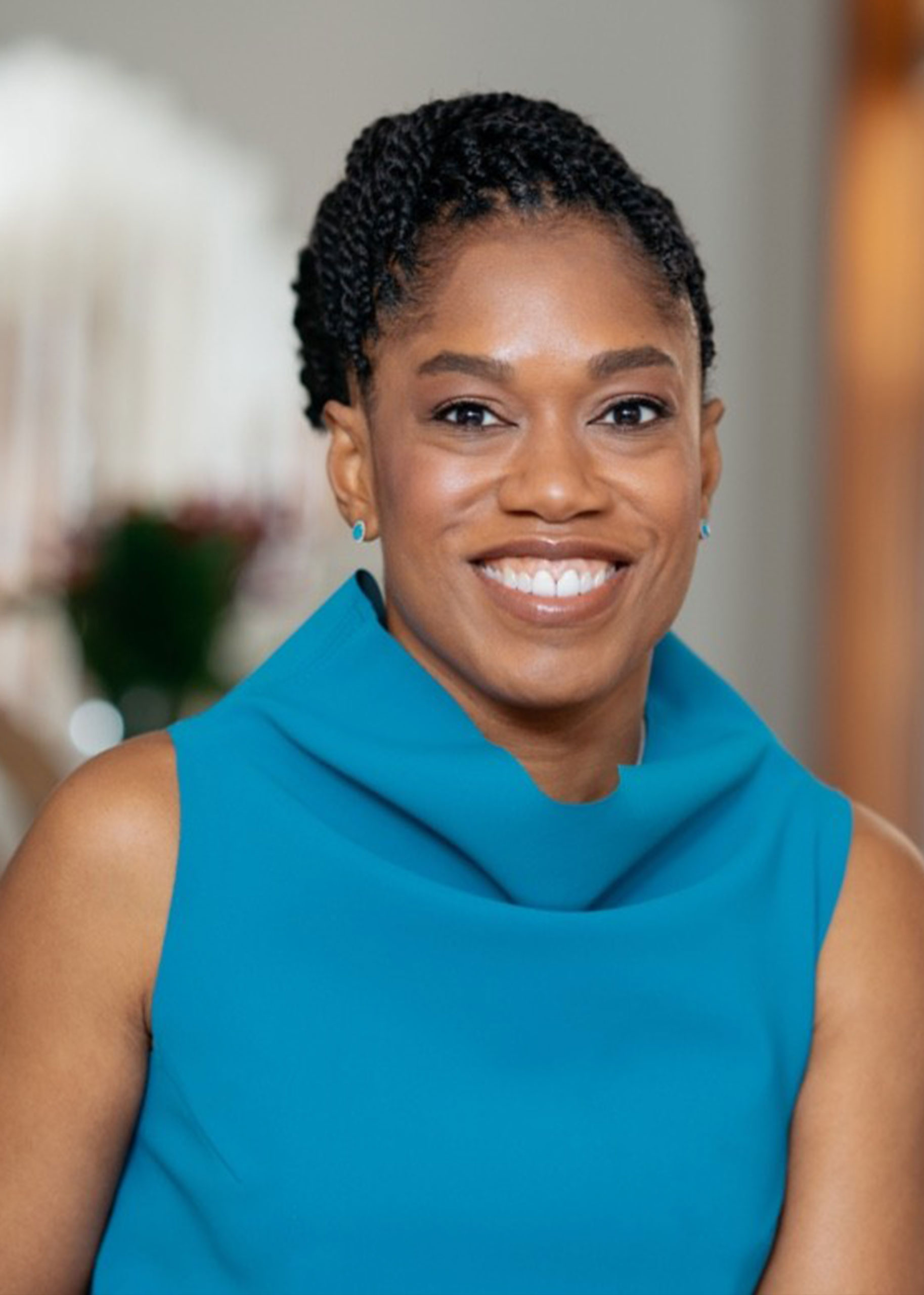 Clothilde Ewing, Class of 1996, leads The Chicago Community Trust strategic communications team and manages the development, integration, and implementation of a broad range of content and public relations activities relative to the strategic direction and positioning of the organization and its leadership. Ewing brings to the Trust years of communications experience in both the public and private sectors. She served as the director of communications at Tempus, a technology company bringing big data and analytics to health care. Prior to her time at Tempus, she served in Mayor Rahm Emanuel’s administration as the chief of strategic planning and for President Obama’s re-election campaign leading the campaign’s constituency press efforts. Ewing started her career in TV news, first as an assignment editor and producer at CBS News before moving to The Oprah Winfrey Show as a producer. She lives in Logan Square with her husband and two children. She has recently published her first picture book, Stella Keeps the Sun Up. Her goal is for children, whether they look like hers or not, to see children of color in books that have nothing to do with race or struggle and have everything to do with belonging and joy. She graduated from Syracuse University with a dual degree in political science and broadcast journalism and a minor in sociology. 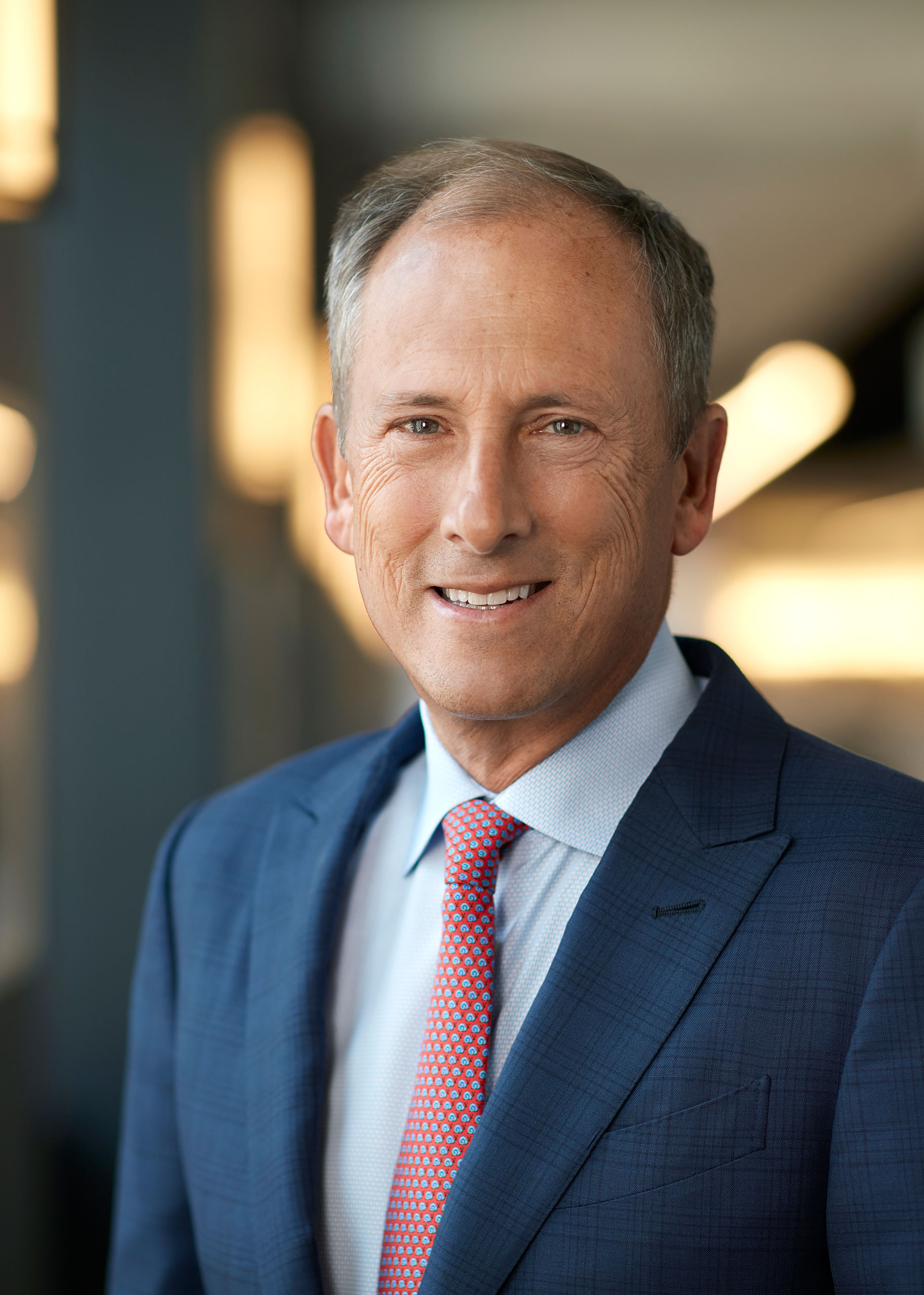 J. David Heller, Class of 1983, is the President, CEO and Co-Founder of The NRP Group. Over the past 27 years, Mr. Heller has helped to create one of the largest multifamily development companies in the U.S., from the ground up. Since its founding in 1994, The NRP Group has delivered more than 45,000 apartment homes and currently manages 25,000 residential units across the nation.  He is deeply committed to community service and holds several leadership positions across many civic organizations.  Mr. Heller serves on the Advisory Board for the Campaign for Affordable Housing and the Editorial Advisory Board for Affordable Housing Finance Magazine. Mr. Heller also serves as an officer of the Board for Cleveland Neighborhood Progress. Since 2016, Mr. Heller has also served on the Board of Cuyahoga Community College (Tri-C).  He is greatly devoted to serving the Jewish Community across Northeast Ohio. He was Board President of the Jewish Education Center of Cleveland, President of the Board of the Ohio Jewish Communities and following his role as Campaign Chair in 2013 and 2014, The Jewish Community Federation of Cleveland named Mr. Heller Board Chair for the 2019-2022 term. Mr. Heller holds a bachelor’s degree in business administration from the University of Michigan, Ann Arbor. 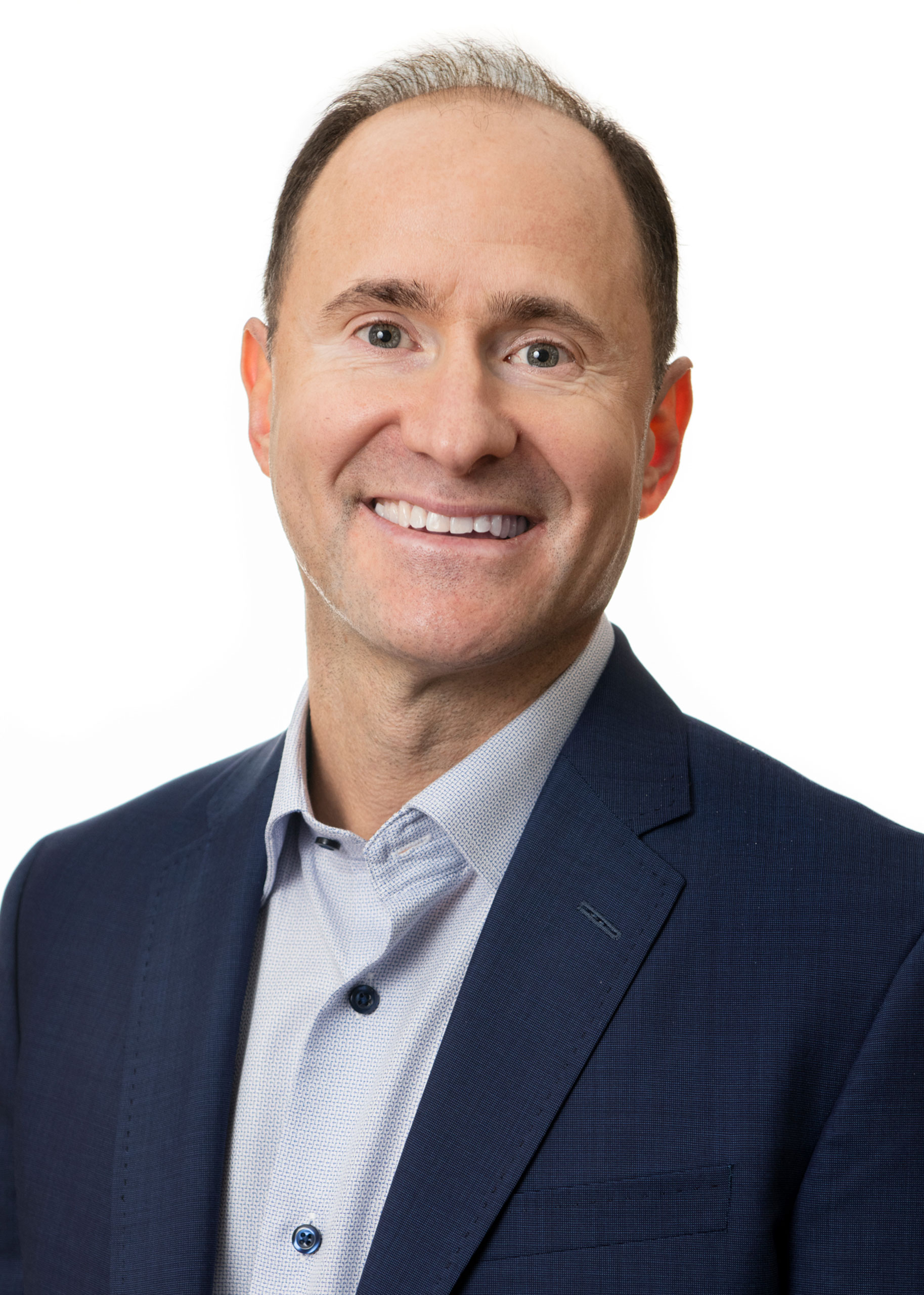 Adam Lehman, Class of 1985, serves as the President and CEO of Hillel International, the largest Jewish student organization in the world, with a presence on more than 850 college and university campuses in 17 countries. During Adam’s leadership tenure, Hillel International has focused on supporting students through the significant impacts of the pandemic, strengthening collaboration and connection across the Hillel movement, and advancing Hillel’s unique role as the innovation lab for the Jewish future. After beginning his career in Mergers and Acquisitions at Skadden, Arps, Slate, Meagher & Flom. Adam spent two decades as an executive and entrepreneur, developing and growing a variety of new technology, marketing, and media ventures, including as a Senior Vice President at AOL. He joined Hillel International in 2015, initially serving as the organization’s Chief Operating Officer for four years, prior to being appointed Hillel International’s fifth President and CEO in December of 2019. He has served as a board member of the Jewish Federation of Greater Washington, Beth Sholom Congregation and Talmud Torah and Fair Chance D.C., and as a volunteer at the Charles E. Smith Jewish Day School and Camp Ramah of New England. Adam, a Harry S. Truman Scholar, graduated summa cum laude with a B.A. from Dartmouth College and cum laude with a J.D. from Harvard Law School. 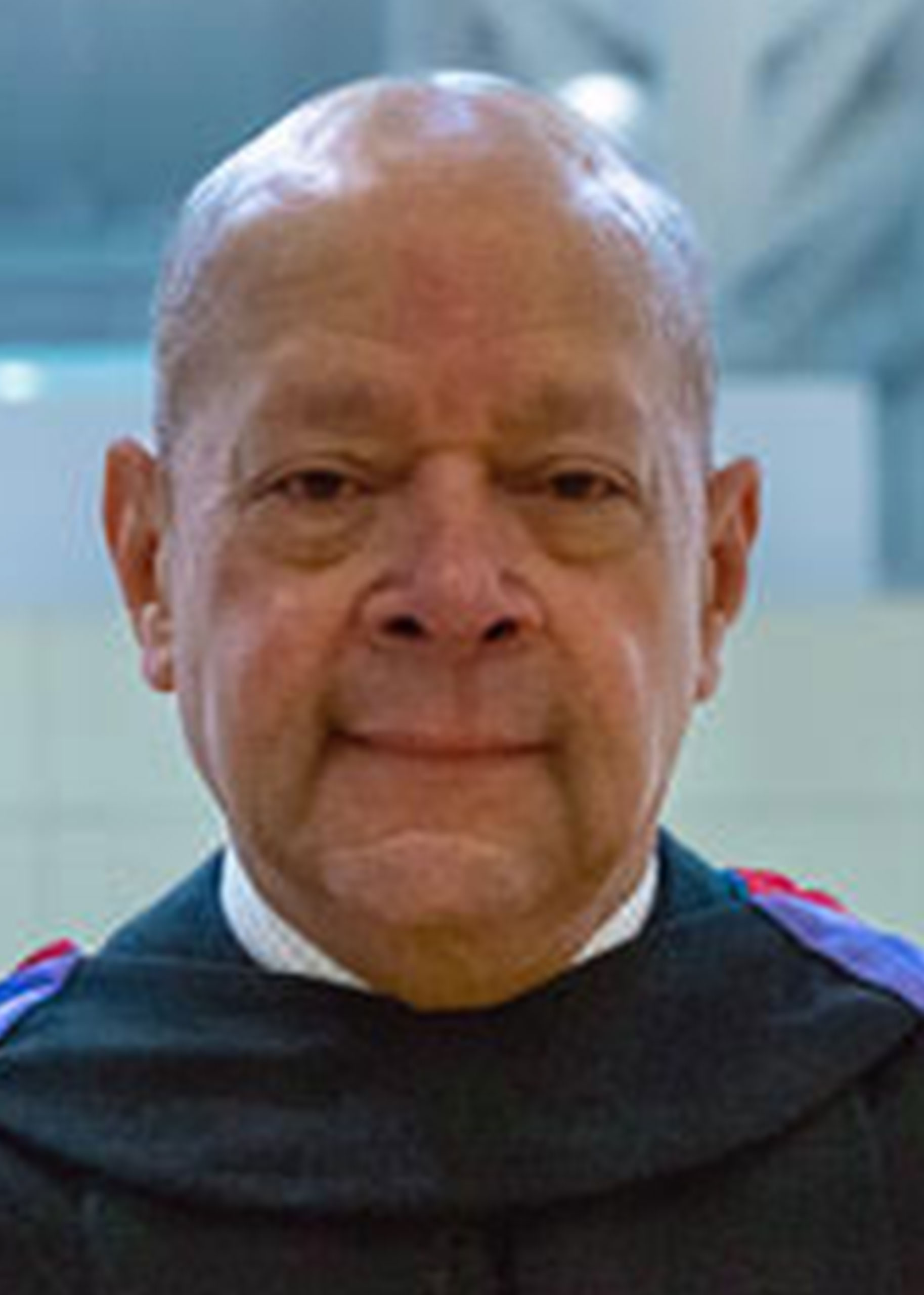 Ted Mason, Ph.D., Class of 1968,  is a distinguished scholar of African-American literature and culture. He is a transformative leader in higher education as well as in diversity, equity and inclusion. He began his academic career at the University of Virginia, where he helped develop the Carter G. Woodson Institute. He has been on the faculty of Kenyon College since 1989, where he is now a Professor of English. He has chaired that department and has directed the program in African Diaspora Studies. In addition, he served a term as Kenyon’s John B. McCoy-Bank One Distinguished Teaching Professor. As a teacher and scholar, he is particularly interested in how narrative can foster a sense of cultural belonging and create an effective counter-history. In 2015 he began working in academic administration, becoming Associate Provost for Diversity, Equity, and Inclusion, Senior Adviser to the President, and Kenyon’s Chief Diversity Officer. In those roles, he helps coordinate Kenyon’s DEI and Anti-Racism efforts across the college. Beyond Kenyon, he has been President of the International Society for the Study of Narrative Literature, as well as President of the Associated Departments of English. He is currently Co-President and Co-Chair of the Liberal Arts Diversity Officers Consortium. He holds a B.A. in American Studies from Wesleyan University and a Ph.D. in English from Stanford University. 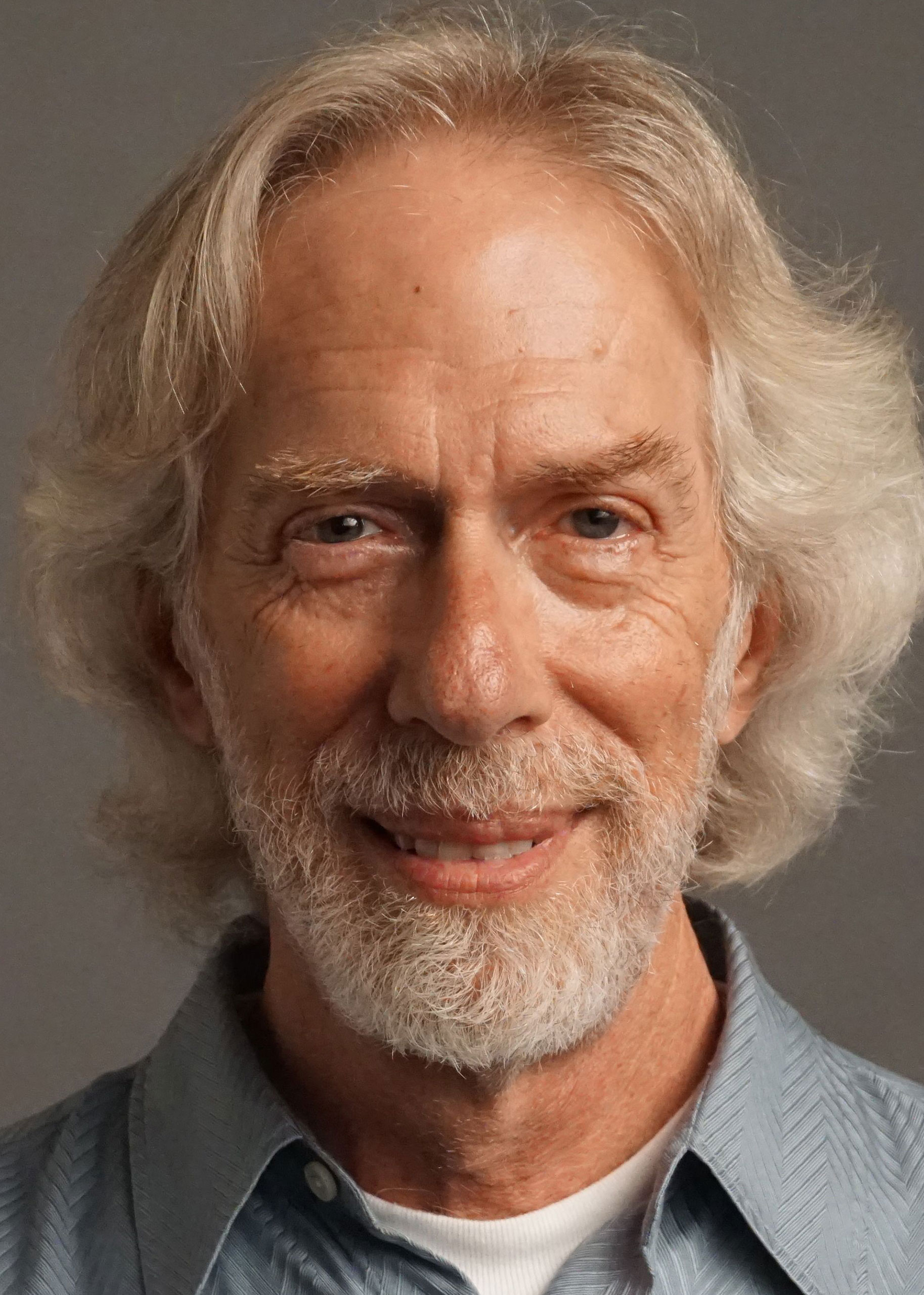 Dale Pollock, Class of 1968, is an award-winning journalist, author, film producer and cinema professor. In 1977, he became the head film critic for Daily Variety until he was hired by the Los Angeles Times to be their chief entertainment correspondent.  He was nominated for the Pulitzer Prize in the early 1980s and wrote Skywalking: The Life and Films of George Lucas in 1984, which has sold more than 150,000 copies. Pollock joined A&M Films as vice president in charge of production and was named president in 1990, producing The Beast of War, The Mighty Quinn, A Midnight Clear, and Mrs. Winterbourne. Pollock ran his own film company Peak Productions producing the box office hit Set It Off.  In 1999 he became Dean of the School of Filmmaking at the University of North Carolina School of the Arts, stepping down in 2006 to become Emeritus Professor of Cinema Studies. Pollock is the recipient of the UNC Award for Teaching Excellence. He is awaiting the publication of his first work of fiction, Chopped: A Novel, and is at work on a book about how Hollywood has treated aging in the movies.  Dale received a B.A. in Anthropology from Brandeis University in 1972 and an M.S. in Communications from San Jose State University. 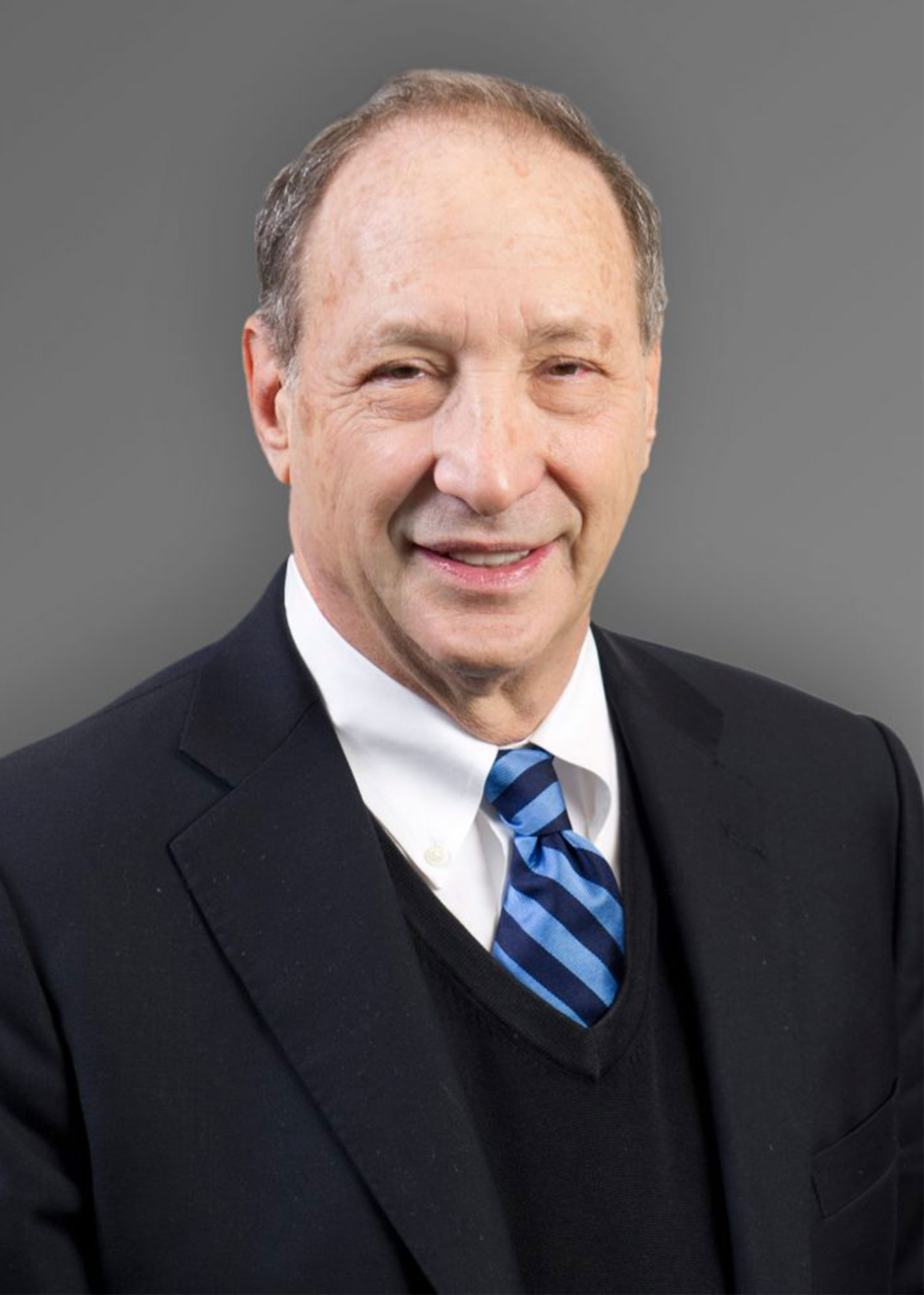 Bruce C. Ratner, Class of 1963, was the Founder, Chairman, and CEO of Forest City Ratner Companies. Credited with reviving Downtown Brooklyn, he led 52 ground-up real estate development projects over 30 years, including Barclays Center, among many other initiatives.  Mr. Ratner not only restored Times Square but also built the New York Times Building, The ‘New York by Frank Gehry” skyscraper at 8 Spruce Street, The Barclays Arena, Metrotech Center in Brooklyn, bought and brought the Brooklyn Nets to Brooklyn and is recognized for bringing the first major professional sports team to Brooklyn since the Dodgers left in 1957.  These projects brought jobs and livelihoods to countless people.  Recently, Mr. Ratner has applied his science background to cancer detection and dedicated an increased percentage of his time to philanthropy in this area. In addition to serving on the boards of Weill Cornell Medicine, Memorial Sloan Kettering Cancer Center, and Cold Spring Harbor Laboratory, he founded the Center For Early Detection of Cancer (CEDC) in memory of his brother. Mr. Ratner is also Chairman of the Museum of Jewish Heritage – A Living Memorial to the Holocaust. Focused on helping people learn about mass murder, the dangers of unchecked hate and bigotry of all kinds, the Museum’s mission is to deepen understanding of these events in order to ensure that history does not repeat itself. 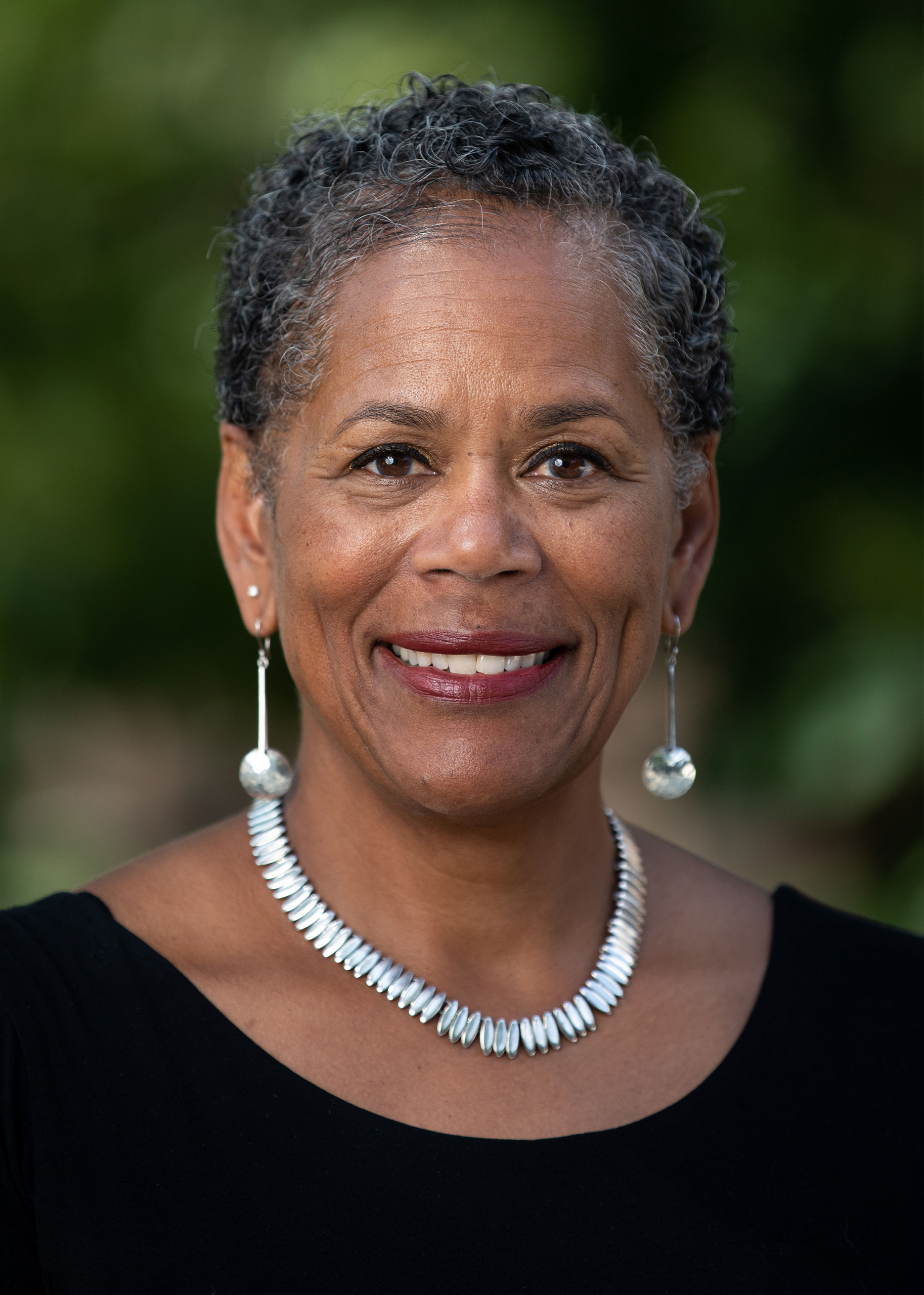 Beth E. Richie, Ph.D., Class of 1975 is a Distinguished Professor of Criminology, Law, and Justice and Black Studies at The University of Illinois at Chicago, where she also serves as Department Head. The emphasis of her scholarly and activist work has been on the ways that race/ethnicity and social position affect the experience of violence and criminalization, focusing on the experiences of Black women and gender non-conforming people. Dr. Richie is the co-author of Abolition. Feminism. Now. with Angela Y. Davis, Gina Dent and Erica Meiners published earlier this year. She is also the author of Arrested Justice: Black Women, Violence and America’s Prison Nation (2012) which chronicles the evolution of the contemporary anti-violence movement during the time of mass incarceration in the United States and numerous articles concerning Black feminism and gender violence, abolition, race, and criminal justice policy, and the social dynamics around issues of criminalization, state violence and grassroots organizing responses. She is one of the editors of The Long Term: Resisting Life Sentences, Working Towards Freedom (2018) with collaborating teachers from Stateville Prison. Her earlier book Compelled to Crime: The Gender Entrapment of Black Battered Women, was pivotal in framing the current work to free criminalized survivors from carceral systems. Dr. Richie was a founding board member of The Institute on Domestic Violence in the African Community, The National Network for Women in Prison, and a founding member of INCITE!: Women of Color Against Violence, and In 2014 she was appointed as a Sr. Advisor to the NFL to work on their gender violence prevention program.

All HOF Members
Class of 2021 Hall of Fame Inductees